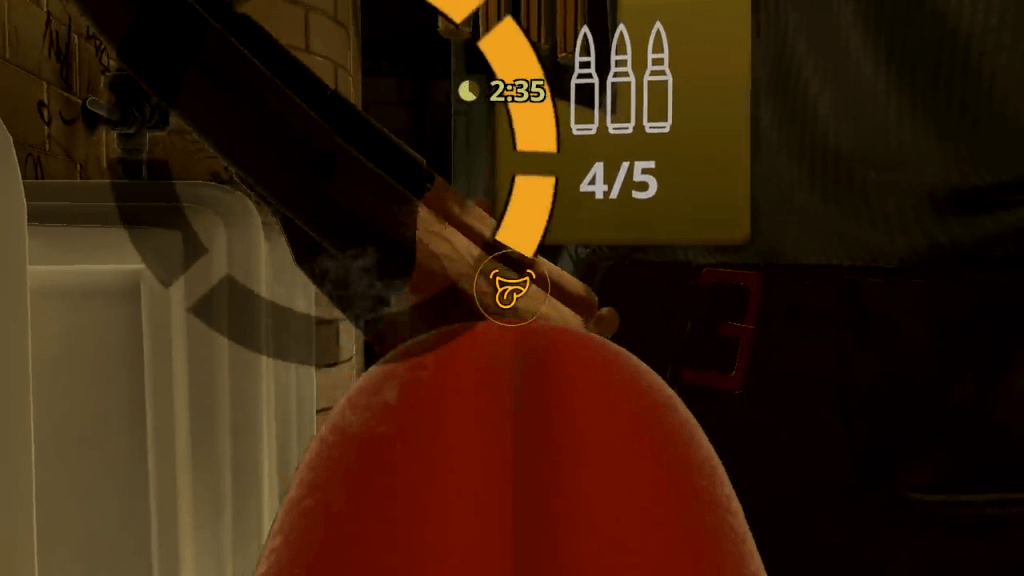 If you aren’t familiar what Tearoom is about, it references the term in gay lingo. It stands for a public restroom, usually in gas stations, wherein men could have trysts with other men. This game is LITERALLY that.

The game is made by the talented Robert Yang and is available now on itch.io. I strongly recommend it as it had the mechanic of you licking the gun in these strangers’ pants (again, LITERALLY), until they shoot their load. As in, the bullets. It’s a fun concept and helps show the real dangers of being gay back in those days. It’s surreal how times have changed.

Nico and I had a blast with Tearoom. Me, with the concept and him with the gun and the sheer apparent absurdity. He even had to google what it meant to fully appreciate it.

Robert Yang has had a concept for a while about homoeroticism in games. Quite frankly, I’d support his endeavors if possible. The ideas he comes up with are beyond brilliant!

Try the game out for yourselves! And consider being a Patron to support us exploring these amazing gems.