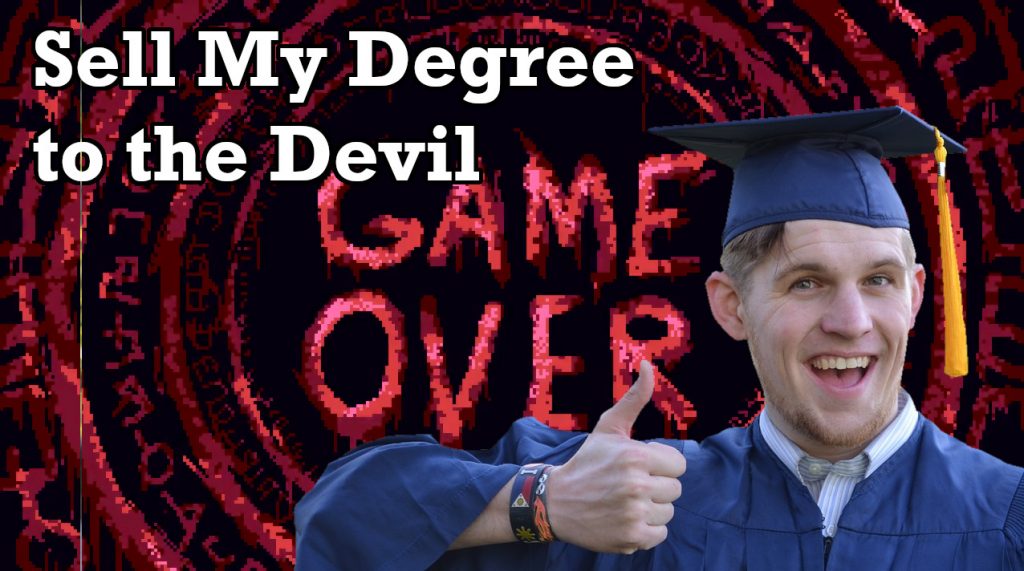 Sacrifights: Are you ready for a hell of a good time?

Sacrifights is a horror-themed third-person shooter by frankiesmileshow at itchio. The programming is by him while the art and voices are by a popular artist: Lumpytouch. He’s quite popular for his surreal and unnerving art style, popularizing the Gorefield movement. If you don’t know what that is, I suggest checking out his Youtube channel for an idea of his work.

The result of their collaboration is a neat little game with a small but effective premise. You uncover a hidden satanic ritual and your goal is to survive your deal with Satan by beating demons and eating their innards.

Nico and I gave this game a run, and well, as this was our first time playing it, we performed poorly.

But we were able to do a second run where we passed with flying colors. We did not record that venture so that will have to be a separate endeavor.

The game’s controls were wonky to me since I played with my laptop. And with a rather ineffective keyboard at that. But the controls and battle system were easy enough to grasp with little to no hand-holding on the game’s part. It throws you right into the action.

The nightmarish creatures are creative, and the ways to summon each is convoluted and entertaining. Who knew toilet paper could summon demonic robots from hell? Not me.

And the sounds. My God, this was my highlight. Not a single moment felt monotonous in the boss battles. Your safe hub was a struggle of scrambling about hoping for some help, but the game is pretty straight-forward.

A danger to the game is the RNG, wherein you could consume all the materials you need for continuous upgrades by mistake (as I did in my Let’s Play above). We knew better in our second run and it was all a matter of resource management, something I hadn’t expected in this game.

I totally would love to see an encore of this game. Or even a different game in a similar format. 10/10 would play again.